Visual artist Marcel van Eeden and game developer Jorrit de Vries created a short, third-person, 3D mystery game that challenges preconceived notions of the traditional game avatar. In Sollmann (Part 1: The Harbour), the main character is poisoned at the start of the game and gradually loses his ability to see, hear and move.

Set in a 1940′s WWII harbour setting, the game’s narrative, its main characters and the most significant objects, such as the ship the Cornelia Maersk, were adapted from previous projects by van Eeden, thus tying in the game with Van Eeden’s larger body of work. Van Eeden’s analogue pencil drawings have been painstakingly translated to a 3D game environment by De Vries.

Music wasn’t the most important thing in this project. The challenge was to make the experience of the main character’s slow decay stronger by the use of sound. I accomplished this by playing more and more sound layers with every phase of decay.

Here are some impressions of Sollmann at the opening of Museum Hilversum’s “It’s Art in The Game” exhibition.
More info: www.museumhilversum.nl/tentoonstellingen 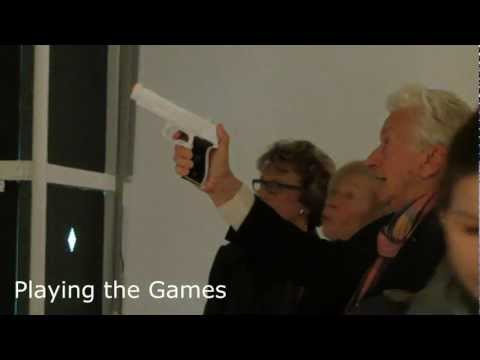