Totw: Fallout 3 – I Don’t Want To Set the World On Fire

It’s a line that’s familiar to every single Fallout fan out there. It was used in the first two games, and when the teaser to the third game was released many years later in 2007, it was used again. Nothing more had to be said. But it was what lead up to that line what really set the mood: good ol’ 1940′s music. 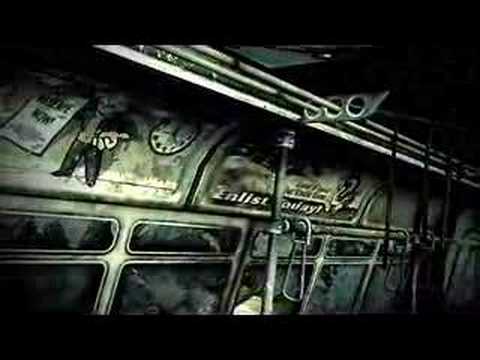 The Fallout 3 teaser (seen above) starts with a close-up inside an old radio. The power gets turned on and a song starts playing. The Ink Spots titled this song I Don’t Want To Set the World On Fire. A more fitting title can’t exist. The Fallout games are, as the name implies, set in a post-nuclear world. The people of the world have screwed themselves entirely and most of their world was decimated with the help of a good number of nuclear bombs.

One of the things that remain of the civilization from before though, is music. In the case of Fallout 3, Galaxy News Radio sends out its signal all over the Capital Wasteland (previously Washington, D.C. and what surrounded it). The lands are full of mutant creatures and Raiders, but even after such destruction the soul of a nation remains.

This article isn’t about I Don’t Want To Set the World On Fire. I wanted to talk about the music in Fallout 3. In my opinion it’s one of the best cases of using licensed music in a game. Because there’s a legitimate reason for there to be a radio in the game, the use of licensed music is perfectly integrated. The players can choose when and where they want to listen to the music.

Not only that, but the musical style plays a large role in the atmosphere of the game. There’s nothing like killing a whole mob of Raiders while listening to Civilization by The Andrews Sisters and Danny Kaye. Or exploring an seemingly abandoned house in the middle of the night while silently hearing a radio playing Billie Holiday‘s Crazy He Calls Me in the background.

Have you played Fallout 3? Maybe Fallout: New Vegas? What’s your favorite licensed track from the game(s)? Leave a comment below!